Which 15 species are easy to observe during your visit to Tulum or Playa del Carmen?

15 species you can find in Tulum and Playa del Carmen 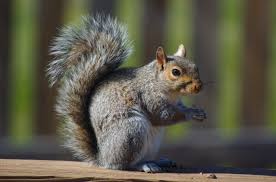 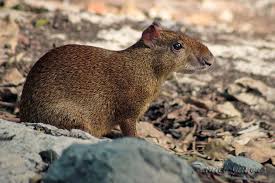 These are 15 of the animals you might find in your trip to the Mexican Caribbean, in the excursions brought to you by Mexico Kan Tours.

The jungle in Quintana Roo is a widely biodiverse ecosystem. There are 93 different species just in the ant family, to give an idea. The good news is that we have a big chance of sighting many of the most characteristic ones. It’s worth noting that several of these species possess a very important role in the Mayan cosmogony, in fact, 13 of them appear as constellations in the Mayan zodiac. This time we are going to talk about 15 of the species you might run into when going out with Mexico Kan Tours.

Let’s begin with the crocodile, there are two species in the region: The Morelet’s or Mexican crocodile (Crocodylus moreletii) and the American crocodile (Crocodylus acutus). Their ancestors lived 200 million years ago and were up to 12 meters long. The acutus is the bigger one. It can measure up to 6 meters and weigh half a ton. The crocodile’s a very important animal in the Mayan mythology, given that it represents the face of the Earth, and therefore, fertility and life. Find them in our “Maya Inland Expedition” and “Sian Ka’an Adventure” excursions.

The bat, a very efficient pollinator and seed disperser, dwells in the calcareous subsoil caves. Seeing thousands of them come out at dusk or come back in at dawn it’s an amazing spectacle. Find them in any of our tours in a cenote.

The Yucatan black howler (Alouatta pigra) is a species of howler monkey that inhabits the best preserved forests. It feeds on seeds and wild fruits, and lives on the same trees that provide those. Although it’s harmless, its roar is powerful and shuddering, resembling a big feline’s roar. There is still a large population and they can be found in many places in Quintana Roo. Find them in the “Maya Inland Expedition”.

The Yucatan spider monkey (Ateles geoffroyi yucatanensis) is an inhabitant of the jungle that feeds on seed and wild fruits, all the same as his cousin the howler monkey. It is very likely to be found in archaeological zones around the Yucatan Peninsula. It’s especially easy to spot in Punta Laguna Reserve, a little bit north. This vivacious little animal was considered by the Mayan as an avatar for the creator gods. It has a very important position on the Mayan sacred calendar, since it represents the day One Monkey (Jun Chuen), which is the first day of the calendar. Such day represents the creation of the world. Find these playful animals in the “Maya Inland Expedition”.

The Yucatan squirrel (Sciurus yucatanensis) is a very friendly animal that can be found in every park, in any town or city. It can even be found in house’s yards. Squirrels feed on any kind of seeds, which allows them to get adapted to a wide array of ecosystems. You’ll find them in any of our tours!

The Central American agouti (Dasyprocta punctata) is an abundant rodent in the Caribbean jungle. It’s smaller than a capibara, and it moves in a very curious way: hopping around; which makes it closer to deer than to rodents. Nowadays, they’re very common in the cities, because they easily adapt to a food waste diet. Find them in the “Maya Inland Expedition” and in the “Sian Ka’an Muyil” tours.

The white-nosed coati is also known as the coatimundi, related to racoons. Its scientific name (Nasua narica) alludes to its long nose. It is an omnivorous small mammal, dweller of the forests and rainforests of Mexico and Central America. The deterioration of the jungle along the Riviera Maya has provoked the coatis to get closer to the cities looking for food, which is impossible to find in their natural habitat. It’s very ordinary to spot families (only the females and babies, the males are solitary) of them, walking in line with their big tails lifted up in the air. Find those families in our excursions into the Archeaological site of Tulum.

The manatee (Trichechus manatus) is a marine mammal. It can be up to 5 meters long and weigh half a ton. They live on Caribbean calm waters, such as bays, inlets and estuaries. It is well known that they have no predators, except an obvious exception: the human being. It’s saddening to acknowledge that they are an endangered species due to the intensive hunting they have been subjected to because of the meat and the blubber they can provide. Nowadays, manatees are protected by international laws. Find them in the “Sian Ka’an Adventure”.

In the shores of the Yucatan Peninsula we can find four out of the seven species of turtles that exist in the world: the loggerhead sea turtle (Caretta caretta), the green sea turtle (Chelonia mydas), the leatherback sea turtle (Dermochelys coriacea) and the hawksbill sea turtle (Eretmochelys imbricata). The loggerhead and the green are the ones that nest the most in this region. It's very important not to be close to them when they're nesting because they could stress, if you're interesented in watching them nesting ask us in Mexico Kan Tours how to do it. The hatching it’s also very touching, seeing the little turtles crawling across the shore until they reach the sea. Guided tours to live these wonderful encounters are available in the spawning and hatching season. Find them in the “Sian Ka’an Adventure” tour.

Dolphins (Tursiops truncatus) need no introduction. They are admired for their outstanding intelligence and beauty. We, in Mexico Kan Tours, as many other people around the globe, are opposed dolphins living in captivity. There’s nothing like a dolphin sighting in its natural habitat, it’s a sublime and unforgettable experience for a nature lover. Find them in the “Sian Ka’an Adventure” tour.

The tarantula (Brachypelma vagans and Brachypelma epicureanum) is a beautiful and impressive animal. Despite his small size and its relaxed and parsimonious pace, it’s commonly perceived as threatening and dangerous. Nothing further from the truth. It’s a very peaceful animal. It wouldn’t be surprising if we bump into one of these arachnid when strolling through the jungle or even in our hotel gardens, but there’s no reason to be scared. When in any of our excursions, keep your eyes on the road because you could easily spot tarantulas, as well as many other animals.

The roseate spoonbill (Platalea ajaja) is a beautiful bird that’s very common on estuaries and coastal lagoons along the shore of the Yucatan Peninsula. It’s related to ibis, but it has a flat bill, similar to a duck’s. It feeds by dipping its bill into muddy shallow waters and then moving it around trying to catch fish larvae, small mollusks, crustaceans, seeds and aquatic plants. They fly in a very elegant manner; seeing a flock of them soaring through the sky it’s a very unique show. Find them in the “Sian Ka’an” and “Kayak” tours.

The boa constrictor (Boa constrictor) is the kind of animal that terrorize people, but speaking with the truth, it means no harm at all and represents no threat. In fact, in some places in Mexico boas are domesticated and are kept within the household to avoid mice infestation and venomous snakes from entering. It’s quite possible to run into one of these snakes while taking a stroll through the jungle and safely admiring the way it moves. Find them in the “Sian Ka’an Muyil” tour.

The abundance of iguanas (Ctenosaura defensor) makes it almost impossible not to run into them over and over again. In hotel gardens, public parks, beaches, the jungle, archaeological zones, these cute little harmless reptiles are everywhere. They’re straight descendants from the dinosaurs, whom disappeared over 60 million years ago. Find them in any of our excursions.

The turquoise-browed motmot (Eumomota superciliosa) is a beautiful bird with a multicolored and iridescent plumage. They have a long tail with only two feathers, which they move like a pendulum, for what they are also known as “clock birds”. On the Yucatan Peninsula we often find them around cenotes and fresh water lagoons. Find them in any of our excursions, especially during the northern hemisphere summer.